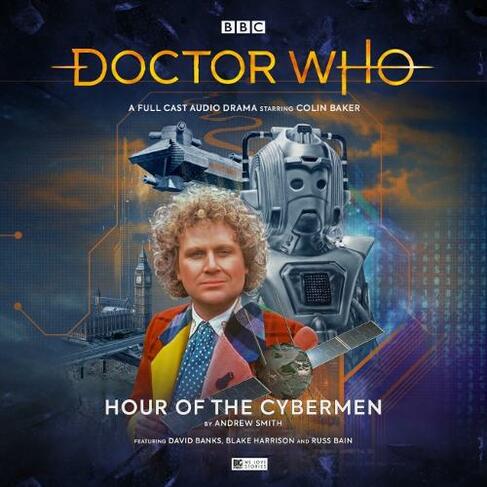 Answering a call from UNIT, the Doctor arrives in London to find the streets deserted, apart from looters in possession of a valuable commodity - water. Britain is suffering an extreme and bizarre drought. The cause is suspected to be extra-terrestrial. The discovery of a signal being transmitted into space, and of a spacecraft whose crew are desiccated corpses, provides a possible answer. But the true enemy is an old foe of the Doctor's .The Cybermen have been patient, setting their plans in place over a number of years. As the final stage is implemented, in the darkest hour, the Doctor must identify who among his allies he can trust. Big Finish have been producing Doctor Who audios since 1999, starring Tom Baker, Peter Davison, Colin Baker, Sylvester McCoy, Paul McGann, David Tennant and John Hurt. The Doctor in this story is played by Colin Baker, familiar to many viewers and audiences not only as the Doctor, but also for his popular stay in I'm A Celebrity Get Me Out of Here! As the title might suggest, this story pitches the Doctor against some of his most famous foes - fan favourites the Cybermen, this particular version voiced by the original 1980s actors! CAST: Colin Baker (The Doctor), David Banks (Cyber Leader), Mark Hardy (Cyber Lieutenant), Frog Stone (Riva), Blake Harrison (Daniel Hopkins), Wayne Forester (Atriss / Bill Parker / Captain Weaver), Russ Bain (Lewis Price / Kel).