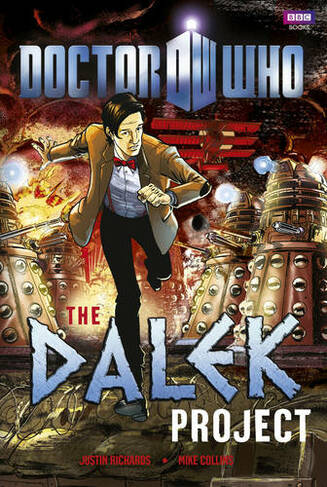 Doctor Who: The Dalek Project: (DOCTOR WHO)

1917. It's the height of the Great War and Hellcombe Hall is a house full of mystery: locked doors, forbidden rooms, dustsheets covering guilty secrets, and ghostly noises frightening the servants. Most mysterious of all, the drawing room seems to open directly onto a muddy, corpse-filled trench on the Western Front... Arriving at this stately home, the Doctor meets Lord Hellcombe, an armaments manufacturer who has a new secret weapon he believes will win the war: he calls it 'the Dalek'. Soon, the Doctor and his new friends are in a race against time to prevent the entire Western Front from becoming part of the Dalek Project!

Justin Richards is creative consultant for the BBC's Doctor Who books, and has written a fair few of them himself. He writes for stage, screen and audio and is the author of a series of novels for children. Mike Collins is an illustrator who has worked in books, comics, film and TV for over twenty years. He has drawn comics based on many TV and film properties : Star Trek, Babylon 5 and The Time Machine amongst others. He's also the author/designer on the first Welsh language graphic novel, Mabinogi, based on the animated film. He is best known for illustrating Doctor Who Magazine's long running comic strip. His adaptation of A Christmas Carol for Classical Comics was picked by the Times as a Top Graphic Novel for Christmas 2008.