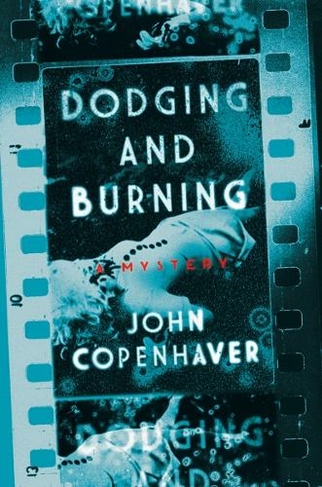 Dodging and Burning: A Mystery

By John Copenhaver (Author)
Paperback
https://www.whsmith.co.uk/products/dodging-and-burning-a-mystery/john-copenhaver/paperback/9781643131559-12-000.html £8.27 rrp £8.99 Save £0.72 (8%)
GBP
Availability
In Stock
Free Delivery Available When You Spend £25 Or More
Details
Spend £25 On Products To Receive Free Standard Delivery To Your Home Or Free Next Working Day Click And Collect To Store
Share

*Winner of the 2019 Macavity Award for Best First Novel* *Nominated for 2019 Barry, Lambda Literary, Strand, and Anthony Awards* A lurid crime scene photo of a beautiful woman arrives on mystery writer Bunny Prescott's doorstep with no return address-and it's not the first time she's seen it. The reemergence of the photo, taken fifty-five years earlier, sets her on a journey to reconstruct the vicious summer that changed her life. In the summer of 1945, Ceola Bliss is a lonely twelve-year-old tomboy, mourning the loss of her brother, Robbie, who was declared missing in the Pacific. She tries to piece together his life by rereading his favorite pulp detective story "A Date with Death" and spending time with his best friend, Jay Greenwood, in Royal Oak, VA. One unforgettable August day, Jay leads Ceola and Bunny to a stretch of woods where he found a dead woman, but when they arrive, the body is gone. They soon discover a local woman named Lily Vellum is missing and begin to piece together the threads of her murder, starting with the photograph Jay took of her abandoned body. As Ceola gets swept up playing girl detective, Bunny becomes increasingly skeptical of Jay, and begins her own investigation into the connection between Jay and Lily. She discovers a series of clues that place doubt on Jay's story about the photograph. She journeys to Washington, D.C., where she is forced to confront the brutal truth about her dear friend-a discovery that triggers a series of events that will bring tragedy to Jay and decades of estrangement between her and Ceola.

John Copenhaver is the recipient an Artist Fellowship from the D.C. Commission on the Arts and Humanities for four consecutive years. In 2015, he launched and continues to maintain a crime fiction column for the Lambda Literary website called "Blacklight." His short fiction has appeared in Glitterwolf Magazine, Roanoke Review, and Gaslight, the Lambda Emerging Voices Anthology. He won the 2015 Larry Neal Writers' award for short fiction, and was first runner-up in the F. Scott Fitzgerald Short Story Contest and the Narrative Magazine Winter Story Contest. He lives in Washington, D.C.