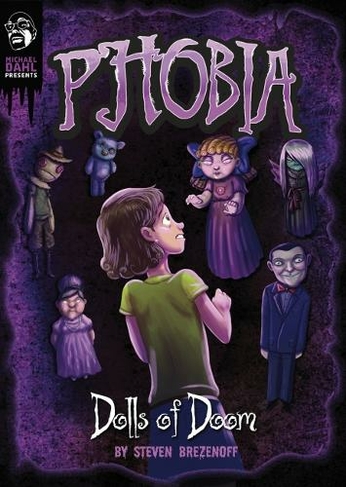 Dolls of Doom A Tale of Terror

Dolls are sweet and innocent, right? Not to Jasmine Richards. She's always had a peculiar fear of them. And when her family goes on holiday to a creepy old hotel, Jas finds that her room is filled with antique, very real-looking dolls. The girl tries to fight the feelings of terror that keep her up half the night, but her nightmare is just beginning. Every day, the dolls seem to watch and sneer at her. Are they merely decorations at the hotel, or do they actually live there? Jas tries hard to control her imagination, but these tiny terrors may turn out to be dolls of doom.