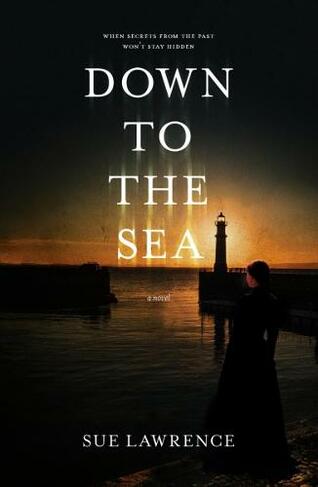 Down to the Sea

By Sue Lawrence (Author)
Paperback
https://www.whsmith.co.uk/products/down-to-the-sea/sue-lawrence/paperback/9781912235339-12-000.html £7.37 rrp £8.99 Save £1.62 (18%)
GBP
Availability
In Stock
Free Delivery Available When You Spend £25 Or More
Details
Spend £25 on eligible products to receive free standard delivery to home or free next working day click and collect to store
Share

When Rona and Craig buy a large Victorian house up from Edinburgh's Newhaven district - once teeming with fishing boats - they plan to renovate and set it up as a luxury care home. But something is not quite right: disturbing sounds can be heard when the sea mists swirl; their unpredictable neighbour makes it clear that the house was not always a happy family home. And their `characterful' historic pile has a gloomy cellar harbouring relics from days gone by. Back in the 1890s, superstitious fishwives blame young Jessie for the deaths of their menfolk in a terrible storm, and she's forced into the Newhaven Poorhouse. In those less enlightened times, life was often severe, cruel even, and Jessie is entirely at the mercy of a tyrant matron. But one inmate is not all she seems. Jessie begins to pick at the truth, uncovering the secrets and lies that pervade the poorhouse - and which will have profound and dangerous consequences in the future.

As well as writing two very popular and well-reviewed historical thrillers, The Night He Left and Fields of Blue Flax, Sue Lawrence is one of the UK's leading cookery writers, with eighteen published cookbooks. Having trained as a journalist in Dundee, she won BBC's MasterChef in 1991 and became a food writer, regularly contributing to Scotland on Sunday, the Sunday Times and many leading magazines. Born in Dundee and raised in Edinburgh, she now lives near Newhaven in North Edinburgh. She has won two Guild of Food Writers Awards and a Glenfiddich Food and Drink Award.