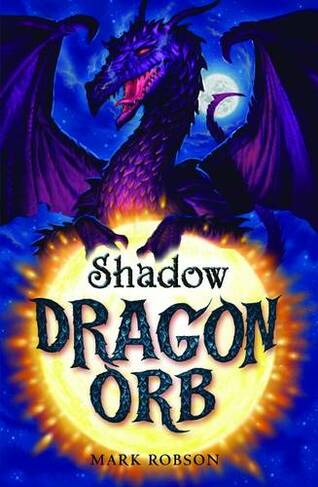 Dragon's in Areth each have a single predestined rider and a single life mission, given to them by the Oracle. But this once all-powerful being is now fatally damaged and fading fast... Only the dragons and their riders can save it! Pell and his night dragon Shadow must find the dark orb to help save the Oracle, leader of all dragonkind. But Segun, a power-hungry tyrant, stands in their way. Pell must use his flying skills, bravery and resourcefulness to the limit, as Segun is determined to get the orb - even if it means killing the opposition... EU Toy Safety Directive - No warning

Mark Robson was born in Essex in 1966 and raised, for the most part, in Camarthen, West Wales. In 1982 he gained a scholarship to join the Royal Air Force as a pilot and has worked for them ever since. He successfully self-published the four book series, The Darkweaver Legacy, the first book of which was largely written during tours of duty in the Falkland Islands. He now lives in Northamptonshire with his family.