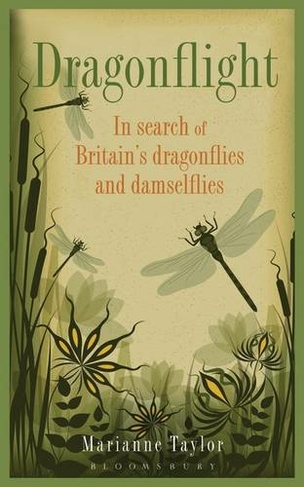 Dragonflight: In Search of Britain's Dragonflies and Damselflies

This book is an account of two years spent getting to know Britain's most dazzling and enigmatic insects - the dragonflies and damselflies. The quest to find, photograph, watch and learn about dragons and damsels took the author on a tour of diverse and lovely wetlands up and down Britain, from the rugged wild peat bogs of north-west Scotland to the languid meanders of the Oxfordshire Thames. The account describes close encounters with the dragons and damsels themselves, set against backdrops of rich and vital habitats teeming with a range of other wildlife. It is also packed with background detail on dragonfly and damselfly natural history, and wetland ecology in general. The text is enlivened with line drawings and a section of colour photographs. Line artworks and photographs

Marianne Taylor is a writer, illustrator, photographer and editor. As a child she became passionately interested in first butterflies and then birds and, as the child of two librarians, one of whom later became a secondhand bookseller, she was as bookish as she was bird-obsessed. A couple of decades later, these factors helped her land her first job in publishing, as editorial assistant at the bird book publishers Christopher Helm. She worked in publishing for seven years, before taking the plunge as a freelancer in 2007. Since then she has written more than a dozen books for adults and children on a range of natural history subjects.