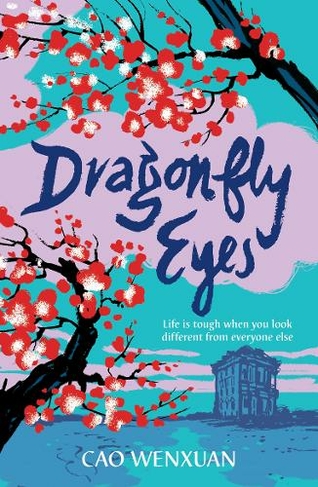 A family saga spanning fifty years and three generations, which takes the reader from the France of the Golden Age to poverty-stricken post-war Shanghai via the re-imagined rural China of the Cultural Revolution. Ah-Mei and her French grandmother, Nainai, share a rare bond. Maybe because Ah-Mei is the only girl grandchild, or maybe because the pair look so alike - and because neither look much like the rest of their Chinese family. Politics and war make 1960s Shanghai a hard place to grow up, especially when racism and bigotry are rife, and everyone is suspicious of Nainai's European heritage. Ah-Mei and her family suffer much in this time of political upheaval, and when the family silk business falters, they are left with almost nothing. But Ah-Mei and her grandmother are resourceful, and they have one another - and the tenderness they share brings them great strength.

Cao Wenxuan is one of China's most important children's writers and is widely considered the country's most subtle and philosophical, often referred to as China's very own Hans Christian Andersen - and in fact he was awarded the prestigious Hans Christian Andersen Award in 2016. He is a professor of Chinese literature at Peking University, and has in turn taught some of China's best young writers. Many of his books have been bestsellers, including Thatched Cottage and Red Gourd, and his work has been translated into French, Russian, Japanese, Korean, German and English. Cao has won several of China's most highly regarded awards for children's literature, including the Song Qingling and Bing Xin prizes.Helen Wang has a BA Hons in Chinese from SOAS and is currently a Curator of East Asian Money at the British Museum. She has written and edited numerous books and articles and has been translating from Chinese to English for nearly 25 years, including, for children, Bronze and Sunflower by Cao Wenxuan, which won the Marsh Award for Children's Literature in Translation; Jackal and Wolf by SHEN Shixi; and Pai Hua Zi and the Clever Girlby Zhang Xinxin. She lives with her family in north London.