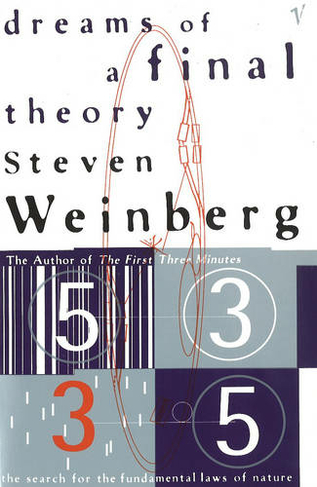 Dreams Of A Final Theory: The Search for The Fundamental Laws of Nature

An understanding of nature's final laws may be within our grasp - a way of explaining forces and symmetries and articles that does not require further explanation. 'This starting point, to which all explanations can be traced, is what I mean by a final theory', says Steven Weinberg in this extraordinary book. In it he discusses beauty, the weakness of philosophy, the best ideas in physics and the honour of accepting a world without god.

Steven Weinberg received the 1979 Nobel Prize for Physics for his work in unifying two of the fundamental forces of nature, and in 1991 he was awarded the National Medal of Science at the White House. His earlier prize-winning book The First Three Minutes is the classic account of the 'Big Bang,' and modern theory of the origin of the universe. Among his other books are The Theory Of Subatomic Particles and Gravitation and Cosmology: Principle and Applications of the General Theory of Relativity. Steven Weinberg is a member of the Royal Society of London as well as the US National Academy of Sciences, and has been awarded numerous honorary degrees, most recently from Columbia University and the Universities of Salamanca and Padua.