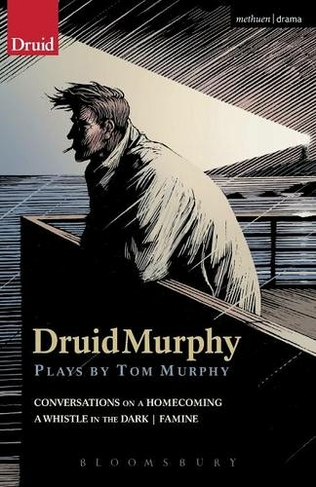 This collection brings together three of Tom Murphy's finest plays, Famine, A Whistle in the Dark and Conversations on a Homecoming. Together, they tell the story of Irish emigration - of those who went and those who were left behind. Crossing oceans and spanning decades, Murphy's three plays cover the period from the Great Hunger of the nineteenth century to the 'new' Ireland of the 1970s, exploring what we mean when we call a place 'home'. Conversations on a Homecoming: County Galway, 1970s. Even the humblest of small-town pubs can be a magnet for dreamers. Michael, after a ten-year absence, suddenly returns from New York and has a reunion with old friends, in that same pub 'The White House'. A Whistle in the Dark: Coventry, 1960 Irish emigrants, the uprooted Carney family, adapt aggressively to life in an English city. Famine: County Mayo, 1846 In Glanconnor village in the west of Ireland, the second crop of potatoes fails. The community now faces the real prospect of starvation. With an introduction by Dr Patrick Lonergan, NUI Galway DruidMurphy, presented by Druid in a co-production with Quinnipiac University Connecticut, NUI Galway, Lincoln Center Festival and Galway Arts Festival, marks a major celebration of one of Ireland's most respected living dramatists and toured Ireland, London and the US in 2012.

Tom Murphy is considered by many to be Ireland's greatest playwright. He has written twenty-five plays and has received numerous awards and nominations. Throughout his career, he has worked closely with the Abbey Theatre in Dublin and with Druid Theatre in Galway. His first successful play, A Whistle in the Dark, was performed at the Theatre Royal, Stratford East in 1961 where it caused great controversy. A major restrospective of his work was presented at the Abbey Theatre in 2001. He has published six play collections with Methuen Drama in the Contemporary Dramatists series.