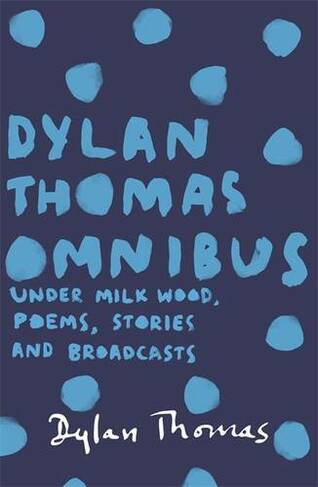 All Dylan Thomas' major works gathered together and featuring a bold new livery in celebration of the Dylan Thomas centenary. A rich collection of Dylan Thomas' best-loved poems and stories, such as PORTRAIT OF THE ARTIST AS A YOUNG DOG, and pieces he wrote for radio and magazines, including the celebrated radio play UNDER MILK WOOD. The DYLAN THOMAS OMNIBUS highlights the full range and genius of this tempestuous and meticulous artist.

Dylan Thomas, born in Swansea in 1914, is perhaps Wales' best-known writer, and celebrations throughout 2014 will mark the centenary of his birth. He is widely considered to be one of the major poets of the 20th century, and many of his greatest poems, such as 'Fern Hill' and 'Do not go gentle into that good night' remain among the nation's favourites. As well as poetry, Dylan Thomas wrote numerous short stories and scripts for film and radio - none more popular than his radio play UNDER MILK WOOD, which is considered by many to be his masterpiece. He led a fascinating and tempestuous life, permeated by love affairs and reckless bouts of drinking, which led him to claim that he had beast, angel and madman within him. There have been several film adaptations of his fascinating life, which ended all too soon in 1953 when he collapsed and died in New York shortly after his 39th birthday. A memorial stone commemorating his life and work was unveiled in Poets' Corner in Westminster Abbey in 1982.www.discoverdylanthomas.com