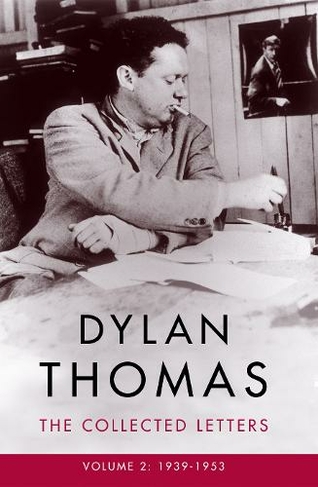 Dylan Thomas's letters bring the fascinating and tempestuous poet and his times to life in a way that no biography can. The letters begin in the poet's schooldays and end just before his death in New York at the age of 39. In between, he loved, wrote, drank, begged and borrowed his way through a flamboyant life. He was an enthusiastic critic of other writers' work and the letters are full of his thoughts on the work of his contemporaries, from T.S. Eliot and W.H. Auden to Stephen Spender and Cecil Day-Lewis. A lifetime of letters tell a remarkable story, each taking the reader a little further along the path of the poet's self-destruction, but written with such verve and lyricism that somehow the reader's sympathies never quite abandon him.

Dylan Thomas was born in Swansea on 27 October 1914, the son of a senior English master. On leaving school he worked on the South Wales Evening Post before embarking on his literary career in London. Not only a poet, he wrote short stories, film scripts, features and radio plays, the most famous being UNDER MILK WOOD and A CHILD'S CHRISTMAS IN WALES. On 9 November 1953, shortly after his thirty-ninth birthday, Dylan Thomas died in New York city. He is buried in Laugharne, Carmarthenshire, which had become his main home since 1949. In 1982 a memorial stone to commemorate him was unveiled in 'Poet's Corner' in Westminster Abbey.