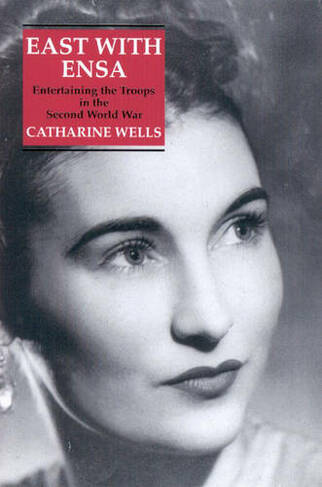 East with Ensa: Entertaining the Troops in the Second World War

Dancer Catherine Wells's career with the Entertainments National Service Association (ENSA) took her from war-time Britain to Gibraltar and through the straits into the Mediterranean. From North Africa the company continued to Algeria, Egypt and India - from Bombay to the wild Northwest Frontier, to Calcutta and finally to Poona, where the curtain dropped on Catherine's experience. Her story is packed with danger and excitement, including air travel with the US air force, burglary, loss of costumes, accidents, illness and travel with armed escort. There are also descriptions of exotic and unusual places, such as accommodation in a former brothel and long sea voyages. This vivid panorama includes encounters with fascinating people, like Sir Mortimer Wheeler and the Indian dancer Ram Gopal. And as a backdrop there is Catherine's romance and marriage to Bill in 1943. Her story gives a unique entry point to a little-considered aspect of World War II history, describing an aspect of the conflict often regarded as broad comedy, but that in reality required high qualities of endurance. It was a serious business. 16 b/w halftones