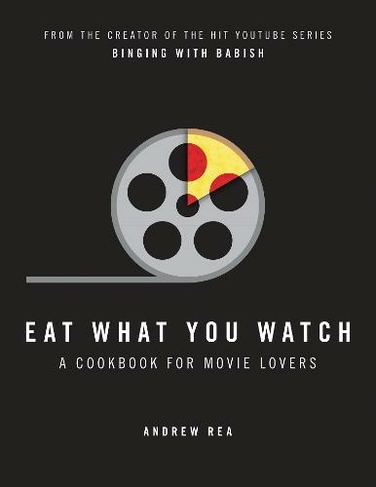 Eat What You Watch: A Cookbook for Movie Lovers

By Andrew Rea (Author)
Hardback
https://www.whsmith.co.uk/products/eat-what-you-watch-a-cookbook-for-movie-lovers/andrew-rea/hardback/9780008283650-12-000.html £11.99 rrp £14.99 Save £3.00 (20%)
GBP
Availability
In Stock
Free Delivery Available When You Spend £25 Or More
Details
Spend £25 On Eligible Products To Receive Free Standard Delivery To You Home Or Free Next Working Day Click And Collect To Store
Share

Many of our favourite movies come with a side of iconic food moments: the comforting frothy butterbeer from Harry Potter, the sumptuous apple strudel from Inglorious Basterds, the delectable deli fare from When Harry Met Sally, or Remy the rat-chef's signature ratatouille in Ratatouille. In this cookbook, author Andrew Rea (of the hit YouTube channel `Binging with Babish') recreates these iconic food scenes and many more. With recipes from more than 40 classic and cult films, Eat What You Watch is the perfect gift for both movie buffs and cooks who want to add some cinematic flair to their cooking repertoire. 70 col illus

Andrew Rea is one part chef, one part filmmaker, and a generous dash of irreverent YouTube personality. Self-taught both behind and in front of the camera, his cooking show, Binging with Babish, is enjoyed by millions of burgeoning chefs and foodies around the globe. His passion for teaching and experimenting in the kitchen is rivalled only by his love of film and television, both of which he endeavours to share from his kitchen in Harlem, New York.