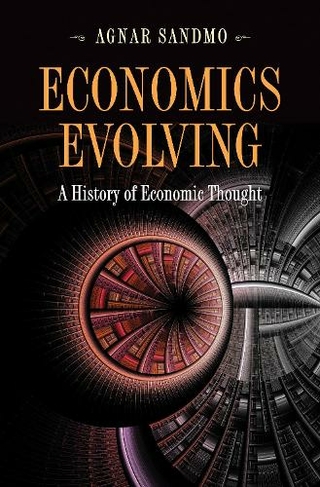 In clear, nontechnical language, this introductory textbook describes the history of economic thought, focusing on the development of economic theory from Adam Smith's Wealth of Nations to the late twentieth century. The text concentrates on the most important figures in the history of economics, from Smith, Thomas Robert Malthus, David Ricardo, John Stuart Mill, and Karl Marx in the classical period to John Maynard Keynes and the leading economists of the postwar era, such as John Hicks, Milton Friedman, and Paul Samuelson. It describes the development of theories concerning prices and markets, money and the price level, population and capital accumulation, and the choice between socialism and the market economy. The book examines how important economists have reflected on the sometimes conflicting goals of efficient resource use and socially acceptable income distribution. It also provides sketches of the lives and times of the major economists. Economics Evolving repeatedly shows how apparently simple ideas that are now taken for granted were at one time at the cutting edge of economics research. For example, the demand curve that today's students probably get to know during their first economics lecture was originally drawn by one of the most innovative theorists in the history of the subject. The book demonstrates not only how the study of economics has progressed over the course of its history, but also that it is still a developing science. 14 line illus. 2 tables.

Agnar Sandmo is professor emeritus of economics at the Norwegian School of Economics and Business Administration. He is the author of "The Public Economics of the Environment".