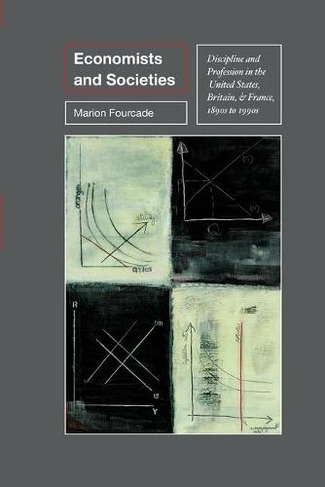 Economists and Societies Discipline and Profession in the United States, Britain, and France, 1890s to 1990s

Economists and Societies is the first book to systematically compare the profession of economics in the United States, Britain, and France, and to explain why economics, far from being a uniform science, differs in important ways among these three countries. Drawing on in-depth interviews with economists, institutional analysis, and a wealth of scholarly evidence, Marion Fourcade traces the history of economics in each country from the late nineteenth century to the present, demonstrating how each political, cultural, and institutional context gave rise to a distinct professional and disciplinary configuration. She argues that because the substance of political life varied from country to country, people's experience and understanding of the economy, and their political and intellectual battles over it, crystallized in different ways--through scientific and mercantile professionalism in the United States, public-minded elitism in Britain, and statist divisions in France. Fourcade moves past old debates about the relationship between culture and institutions in the production of expert knowledge to show that scientific and practical claims over the economy in these three societies arose from different elites with different intellectual orientations, institutional entanglements, and social purposes. Much more than a history of the economics profession, Economists and Societies is a revealing exploration of American, French, and British society and culture as seen through the lens of their respective economic institutions and the distinctive character of their economic experts. 17 halftones. 6 tables.

Marion Fourcade is associate professor of sociology at the University of California, Berkeley.