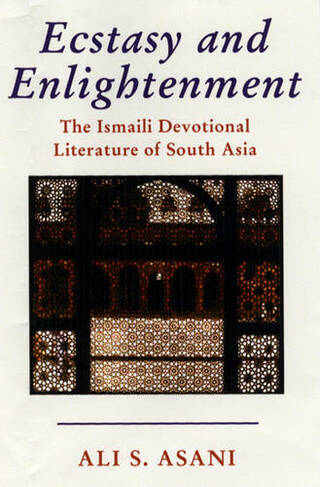 The devotional and mystical literature of the Ismailis in the Indo-Pakistan subcontinent is a little known but rich seam of creativity in the cultural heritage of Islam. This book focuses on the ginans - a large corpus of hymns and poems composed in a variety of Indic languages and attributed to a series of preacher-saints who propogated the Ismaili form of Islam in the subcontinent over several centuries. Situating the gians in the larger context of Sufi, Bhakti and Sant poetry in medieval India, the author explores their history, characteristics, themes and prosody, as well as the unique Khojki script in which they were recorded. He also highlights the continuing vitality of this tradition in the religious life of Nizari Ismaili communities of South Asian origin. Illustrations