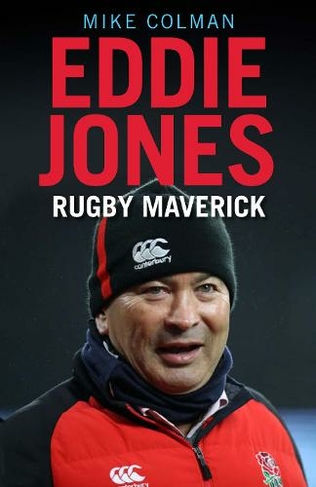 By Mike Colman (Author)
Paperback
£8.19 rrp £9.99 Save £1.80 (18%)
GBP
Availability
In Stock
Free Delivery Available When You Spend £15 Or More
Details
Spend £15 On Products To Receive Free Standard Delivery To Your Home Or Free Next Day Click and Collect To Stores
Share

The first biography of the enigmatic coach who has completely transformed the England rugby team. After Eddie Jones began coaching England's rugby team, they won 22 of their next 23 matches. The side that limped out of the 2015 World Cup was thoroughly revitalised. But who was the unconventional figure responsible for this change of fortune? And, given recent setbacks, will Eddie be able to inspire England to bring their best to the 2019 World Cup? From his school days playing alongside the legendary Ella brothers to his masterminding of Japan's jaw-dropping World Cup victory over South Africa, Eddie Jones has always been a polarising figure, known for his punishing work ethic. Constantly controversial, never complacent, Jones has truly shaken up English rugby. Drawing on over a hundred interviews with former teammates, players, administrators, coaching colleagues and Jones himself, veteran rugby writer Mike Colman brings a rare level of insight to his biography of this singular man. 1 x 8pp colour insert

Mike Colman is an assistant editor of the Courier-Mail newspaper in Brisbane and the author of several books on sporting figures and military history.