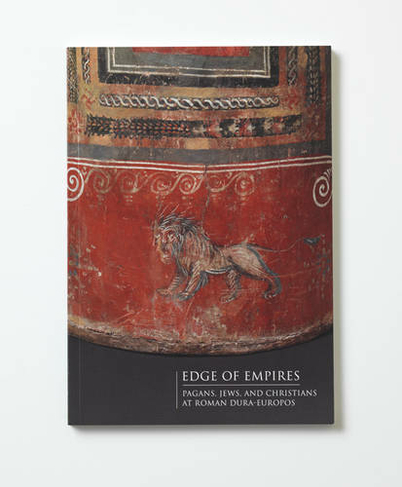 Edge of Empires Pagans, Jews, and Christians at Roman Dura-Europos

Strategically located high above the Euphrates River between Syria and Mesopotamia, the city of Dura-Europos was founded around 300 BCE by one of the Macedonian generals who succeeded Alexander the Great. Within a century, the Near Eastern Parthians overtook and controlled the city until the Roman emperor Lucius Verus captured it in 164 CE. Dura-Europos then thrived as a critical stronghold along the Roman imperial frontier until 256 CE, when the Sasanian Persians destroyed it. By the time of its demise, Dura-Europos was a city positioned at the commercial, political, and cultural intersections of the Mediterranean and Near Eastern worlds. Edge of Empires vividly illustrates the international and pluralistic character of Dura-Europos, highlighting objects that demonstrate the coexistence of multiple religions such as polytheistic cults, Judaism, and Christianity; the great variety of languages spoken by its population; and its role as an international military garrison. This beautifully illustrated volume is the accompanying catalogue for an exhibition at New York University's Institute for the Study of the Ancient World. It features an introduction by Glen Bowersock and essays by leading scholars such as Gaelle Coqueugniot, Jean Gascou, Sebastian Heath, Pierre Leriche, and Thelma K. Thomas. The book also includes a map of the region and a detailed site plan of Dura-Europos, as well as excavation photos, a checklist of objects in the exhibition, and a selected bibliography. Cover photograph (c) Bruce M. White, 2016 1 Maps