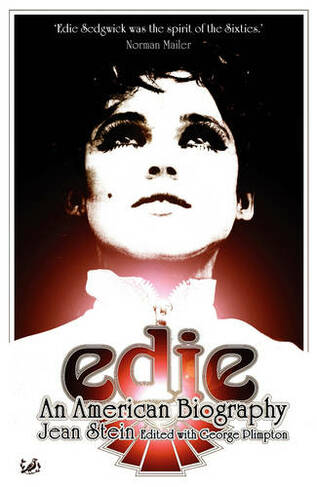 By Jean Stein (Author), George Plimpton (Author), Ottessa Moshfegh (Contributor)
Paperback
https://www.whsmith.co.uk/products/edie-an-american-biography/jean-stein/george-plimpton/paperback/9781845950637-01-000.html N/A
GBP
Availability
Currently unavailable. We don't know when or if this item will be back in stock
Free Saver Delivery on orders over £20
Details
FREE SHIPPING over £20 for Saver Delivery
Share

Born into a wealthy New England family, Edie Sedgwick became, in the 1960s, both an emblem of, and a memorial to, the doomed world spawned by Andy Warhol. Edie was outrageous, vulnerable and strikingly beautiful. Her childhood was dominated by a brutal but glamouros father. Fleeing to New York, she became an instant celebrity, kown to everyone in the literary, artistic and fashionable worlds of the day. She was Warhol's twin soul, his creature, the superstar of his films and, finally, the victim of a life which he created for her. Edie is an American fable on an epic scale - the story of a short, crowded and vivid life which is also the story of the decade. 100 b/w integrated pictures

Jean Stein has worked as an editor for a number of magazines, including The Paris Review and Esquire. She is co-author, with George Plimpton, of American Journey: The Times of Robert Kennedy and in 1990 she became the editor of the literary journal Grand Street, until it ended in 2004. It was described by The New York Times as 'one of the most revered literary magazines of the postwar era'.George Plimpton was an author, an actor and a literary patron. In 1953 he co-founded The Paris Review and his books, including Out of My League, Paper Lion, Mad Ducks and Bears, One More July, Shadow Box, The Man in the Flying Lawn Chair, Truman Capote and The Bogey Man. He died in September 2003.