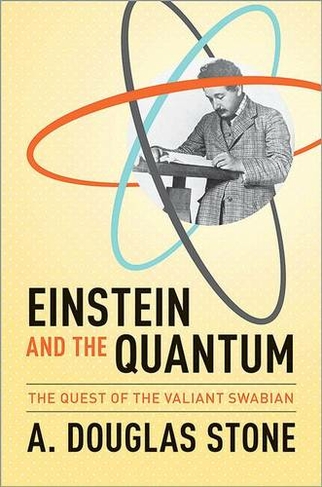 Einstein and the Quantum The Quest of the Valiant Swabian

Einstein and the Quantum reveals for the first time the full significance of Albert Einstein's contributions to quantum theory. Einstein famously rejected quantum mechanics, observing that God does not play dice. But, in fact, he thought more about the nature of atoms, molecules, and the emission and absorption of light--the core of what we now know as quantum theory--than he did about relativity. A compelling blend of physics, biography, and the history of science, Einstein and the Quantum shares the untold story of how Einstein--not Max Planck or Niels Bohr--was the driving force behind early quantum theory. It paints a vivid portrait of the iconic physicist as he grappled with the apparently contradictory nature of the atomic world, in which its invisible constituents defy the categories of classical physics, behaving simultaneously as both particle and wave. And it demonstrates how Einstein's later work on the emission and absorption of light, and on atomic gases, led directly to Erwin Schrodinger's breakthrough to the modern form of quantum mechanics. The book sheds light on why Einstein ultimately renounced his own brilliant work on quantum theory, due to his deep belief in science as something objective and eternal. A book unlike any other, Einstein and the Quantum offers a completely new perspective on the scientific achievements of the greatest intellect of the twentieth century, showing how Einstein's contributions to the development of quantum theory are more significant, perhaps, than even his legendary work on relativity. 18 halftones. 5 line illus.

A. Douglas Stone is the Carl A. Morse Professor of Applied Physics and Physics at Yale University.