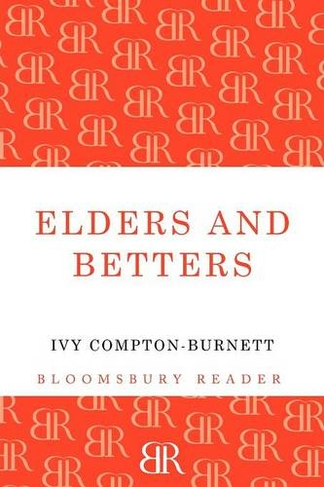 The Donne family's move to the country is inspired by a wish to be close to their cousins, who are to be their nearest neighbours. It proves too close for comfort, however. For a secret switching of wills causes the most genteel pursuit of self-interest to threaten good relations and even good manners... First published in 1944, Ivy Compton-Burnett employs her sharp ear for comedy and celebrated powers of dialogue to spectacular effect. She reveals a devastating microcosm of human society, in which the elders are by no means always the betters, in which no character is totally scrupulous, but none without their appeal.

Ivy Compton-Burnett , 1884-1969 Compton-Burnett was encouraged by her liberal and unorthodox father, homeopath Dr Burnett, to prepare to read classics at London university (neither Oxford nor Cambridge gave degrees to women at this time). She had dearly loved her father, who died without warning from a heart attack in 1901 when she was sixteen. Her closest brother died three years later, and Ivy Compton-Burnett went on to lose three more of her younger siblings and her mother by the time she was 35, something she could hardly bear to speak about, but constantly explored in her novels. Compton-Burnett published twenty novels, the first while she was in her twenties, in 1911. However, the first of her works to use her mature and startlingly original style was published when she was forty, in 1925. Compton-Burnett's fiction deals with domestic situations in large households which, to all intents and purposes, invariably seem Edwardian. She was named a Dame Commander of the British Empire in 1967. The description of human weaknesses and foibles of all sorts pervades her work, and the family that emerges from each of her novels must be seen as dysfunctional in one way or another.