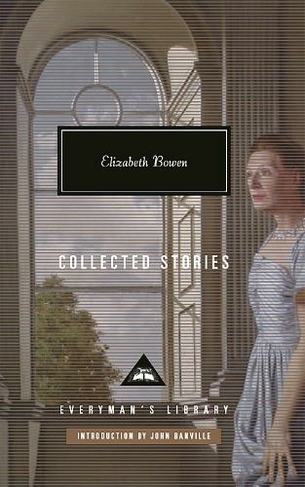 A brilliant and much admired novelist, Elizabeth Bowen (1899-1973) surpassed herself as a writer of short fiction: 'the supreme genius of her time', writes John Banville in his introduction; 'There is not a story in this substantial volume ... that is not brought off beautifully.' A substantial volume indeed, Including 79 stories written over four decades, ranging in setting from the County Cork of the author's Anglo-Irish childhood to bomb-ravaged London where she coolly sat out the War, evoked with vivid and impeccable artistry. She has a disturbing sense of the uncanny, an acute eye for social comedy and her often emotionally secretive characters are depicted with penetrating psychological insight. She is good at houses, ghosts, children, animals ... 900 pages of sheer delight

Elizabeth Bowen was born in Dublin in 1899, the only child of an Irish lawyer and landowner. She travelled a great deal, dividing most of her time between London and Bowen's Court, the family house in County Cork which she inherited. Her first book, a collection of short stories, Encounters, was published in 1923. The Hotel (1927) was her first novel. She was awarded the CBE in 1948, and received honorary degrees from Trinity College, Dublin in 1949, and from Oxford University in 1956. The Royal Society of Literature made her a Companion of Literature in 1965. She died in 1973. John Banville was born in Wexford, Ireland in 1945. His first book, Long Lankin, was published in 1970. His other books are Nightspawn; Birchwood; Doctor Copernicus, which won the James Tait Black Memorial Prize in 1976; Kepler, which was awarded the Guardian Fiction Prize in 1981; The Newton Letter, which was filmed for Channel 4; Mefisto and The Book of Evidence, which was shortlisted for the 1989 Booker Prize and won the 1989 Guinness Peat Aviation Award. John Banville is literary editor of the Irish Times and lives in London with his wife and two sons.