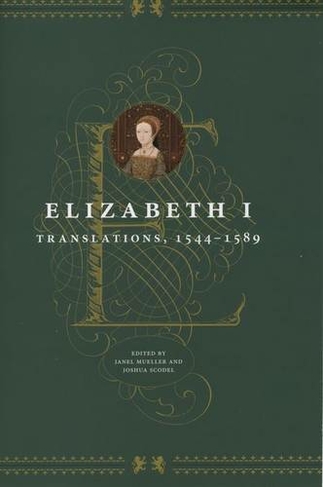 England's Virgin Queen, Elizabeth Tudor, had a reputation for proficiency in foreign languages, repeatedly demonstrated in multilingual exchanges with foreign emissaries at court and in the extemporized Latin she spoke on formal visits to Cambridge and Oxford. But the supreme proof of her mastery of other tongues is the sizable body of translations she made over the course of her lifetime. This two-volume set is the first complete collection of Elizabeth's translations from and into Latin, French, and Italian.Presenting original and modernized spellings in a facing-page format, these two volumes will answer the call to make all of Elizabeth's writings available. They include her renderings of epistles of Cicero and Seneca, religious writings of John Calvin and Marguerite de Navarre, and Horace's Ars poetica, as well as Elizabeth's Latin Sententiae on the responsibilities of sovereign rule and her own perspectives on the monarchy. Editors Janel Mueller and Joshua Scodel offer introductions to each of the translated selections, describing the source text, its cultural significance, and the historical context in which Elizabeth translated it. Their annotations identify obscure meanings, biblical and classical references, and Elizabeth's actual or apparent deviations from her sources.The translations collected here trace Elizabeth's steady progression from youthful evangelical piety to more mature reflections on morality, royal responsibility, public and private forms of grief, and the right way to rule. "Elizabeth I: Translations" is the queen's personal legacy, an example of the very best that a humanist education can bring to the conduct of sovereign rule. 5 halftones