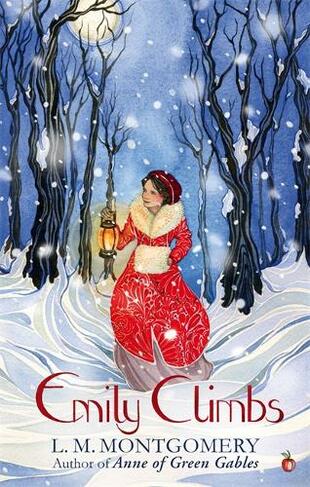 Emily never imagined Aunt Elizabeth would allow her to go to high school in Shrewsbury, and she's thrilled, especially as her close friends Ilse, Teddy and Perry will be there. But there are certain conditions: for the whole three years Emily must board with hateful Aunt Ruth, and she must promise to stop writing stories. To Emily, this is unthinkable, but she wants an education, and reluctantly agrees. With the move from her beloved home at New Moon to Aunt Ruth's house, Emily's world is turned upside down. Not only must she prove herself at school, despite rejection and jealousy, but she can no longer count on her friends. Her happy childhood friendships - especially with Teddy and Perry - start to turn into something more complicated and in a small-town, the merest hint of gossip can cause scandal.

L. M. Montgomery was born in 1874 on Prince Edward Island, Canada, where she spent her childhood living with her grandparents in an old farmhouse. A prolific writer, she published many short stories, poems and novels, many of which were inspired by the years she spent on the beautiful Prince Edward Island. Anne of Green Gables and its sequels have always been amongst the most popular of children's classics, yet many readers consider the Emily trilogy to be better, and indeed, Emily was the author's own favourite character. Montgomery died in Toronto in 1942 and was buried on her beloved island.