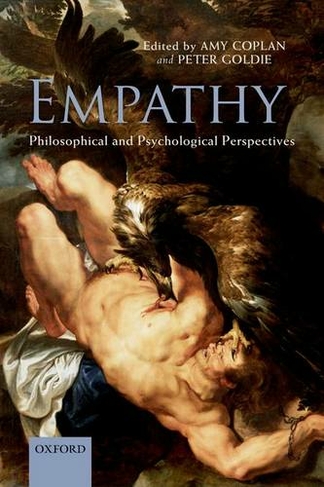 Empathy has for a long time, at least since the eighteenth century, been seen as centrally important in relation to our capacity to gain a grasp of the content of other people's minds, and predict and explain what they will think, feel, and do; and in relation to our capacity to respond to others ethically. In addition, empathy is seen as having a central role in aesthetics, in the understanding of our engagement with works of art and with fictional characters. A fuller understanding of empathy is now offered by the interaction of research in science and the humanities. Empathy: Philosophical and Psychological Perspectives draws together nineteen original chapters by leading researchers across several disciplines, together with an extensive Introduction by the editors. The individual chapters reveal how important it is, in a wide range of fields of enquiry, to bring to bear an understanding of the role of empathy in its various guises. This volume offers the ideal starting-point for the exploration of this intriguing aspect of human life.

Amy Coplan is Associate Professor of Philosophy at California State University, Fullerton. Her primary research interests are in philosophy of emotion, aesthetics (especially philosophy of film), feminist philosophy, and ancient Greek philosophy. She has published articles on the nature and importance of emotion and on various forms of emotional engagement with film, including empathy, sympathy, and emotional contagion. She is currently editing a collection on thefilm Blade Runner for the Routledge series Philosophers on Film. Peter Goldie was the Samuel Hall Chair in Philosophy at the University of Manchester. His main philosophical interests included the philosophy of mind, ethics, and aesthetics, and particularly questions concerning value and how the mind engages with value. His books include The Emotions: A Philosophical Exploration (OUP, 2000), and On Personality (Routledge, 2004), and the co-authored Who's Afraid of Conceptual Art? (Routledge, 2010). He edited UnderstandingEmotions: Mind and Morals (Ashgate, 2002), and The Oxford Handbook of Philosophy of Emotion (OUP, 2010), and co-edited Philosophy and Conceptual Art (OUP, 2007).