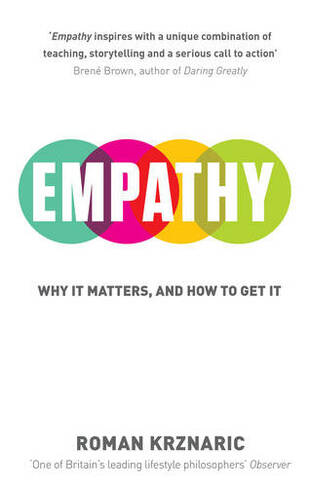 Empathy: Why It Matters, And How To Get It

Influential popular philosopher Roman Krznaric argues our brains are wired for social connection: empathy is at the heart of who we are. It's an essential, transforming quality we must develop for the 21st Century. Through encounters with actors, activists, groundbreaking designers, undercover journalists, nurses, bankers and neuroscientists, Krznaric defines a new breed of adventurer. He sets out the six life-enhancing habits of highly empathic people, whose skills enable them to connect with others in extraordinary ways. Empathy has the power to transform relationships, from the personal to the political. Krznaric contends that, as we move on from an age of introspection, empathy will be key to fundamental social change - making this book a manifesto for revolution.

Roman Krznaric, PhD., is a cultural thinker and writer on the art of living and social change. His previous books, which include Empathy, The Wonderbox and How to Find Fulfilling Work, have been published in over twenty languages. He is founder of the world's first Empathy Museum and a founding faculty member of the internationally acclaimed The School of Life. Named by The Observer as one of Britain's leading popular philosophers, Roman has given talks everywhere from the Edinburgh International Festival to Google HQ in California. His media work includes articles in the Guardian and the Wall Street Journal, and interviews on BBC Radio 4's Today Programme, Channel 4 and PBS television in the United States.