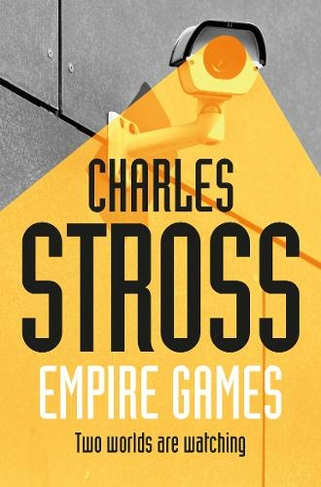 A time of ambition, treachery and dangerous secrets . . . Rita Douglas is plucked from her dead-end job and trained as a reluctant US spy. All because she has the latent genetic talent to hop between alternate timelines - and infiltrate them. Her United States is waging a high-tech war, targeting assassins who can move between worlds to deliver death on a mass scale, and Rita will be their secret weapon. Miriam Beckstein has her own mission, as a politician in an industrial revolution North America. She must accelerate her world's technology before their paranoid American twin finds them. It would blow them to hell. After all, they've done it before. Each timeline also battles internal conspiracies, as a cold war threatens to turn white hot. But which world is the aggressor - and will Rita have to choose a side? Empire Games is the first book in the exciting series set in the same world as Charles Stross' The Merchant Princes series. 'Mind-boggling, complex and truly brilliant' Daily Mail

Charles Stross was born in Leeds, England, in 1964. He has worked as a pharmacist, software engineer and freelance journalist, but now writes full-time. Stross has won two Hugo awards and been nominated multiple times. He has also won the Locus Award for Best Novel, the Locus Award for Best Novella and has been shortlisted for the Arthur C. Clarke and Nebula Awards. In addition, his fiction has been translated into around a dozen languages. His novels include the popular Merchant Princes, Laundry Files and Empire Games series. Stross lives in Edinburgh, Scotland, with his wife Feorag, a couple of cats, several thousand books, and an ever-changing herd of obsolescent computers.