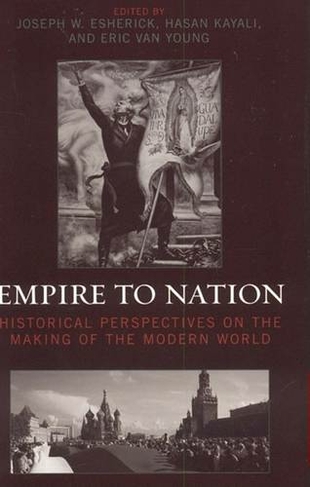 The fall of empires and the rise of nation-states was a defining political transition in the making of the modern world. As United States imperialism becomes a popular focus of debate, we must understand how empire, the nineteenth century's dominant form of large-scale political organization, had disappeared by the end of the twentieth century. Here, ten prominent specialists discuss the empire-to-nation transition in comparative perspective. Chapters on Latin America, the Middle East, Eastern Europe, Russia, and China illustrate both the common features and the diversity of the transition. Questioning the sharpness of the break implied by the empire/nation binary, the contributors explore the many ways in which empires were often nation-like and nations behaved imperially. While previous studies have focused on the rise and fall of empires or on nationalism and the process of nation-building, this intriguing volume concentrates on the empire-to-nation transition itself. Understanding this transition allows us to better interpret the contemporary political order and new forms of global hegemony.