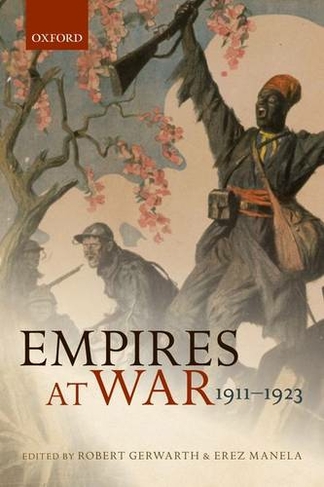 Empires at War, 1911-1923 offers a new perspective on the history of the Great War. It expands the story of the war both in time and space to include the violent conflicts that preceded and followed the First World War, from the 1911 Italian invasion of Libya to the massive violence that followed the collapse of the Ottoman, Russian, and Austrian empires until 1923. It also presents the war as a global war of empires rather than a a European war between nation-states. This volume tells the story of the millions of imperial subjects called upon to defend their imperial governments' interest, the theatres of war that lay far beyond Europe, and the wartime roles and experiences of innumerable peoples from outside the European continent. Empires at War covers the broad, global mobilizations that saw African solders and Chinese labourers in the trenches of the Western Front, Indian troops in Jerusalem, and the Japanese military occupying Chinese territory. Finally, the volume shows how the war set the stage for the collapse not only of specific empires, but of the imperial world order writ large. 26 black and white halftones and 5 maps

Robert Gerwarth is the author and editor of several books on the history of violence, including a biography of Reinhard Heydrich (with Donald Bloxham, 2011), Political Violence in Twentieth-Century Europe (2011); and War in Peace: Paramilitary Violence after the Great War (with John Horne, 2012).Erez Manela directs the Program on Global Society and Security at Harvard University. He is the author of The Wilsonian Moment: Self-Determination and the International Origins of Anticolonial Nationalism (2007) and co-editor of The Shock of the Global: The 1970s in Perspective (2010). He is currently completing a book on the global eradication of smallpox in the Cold War era.