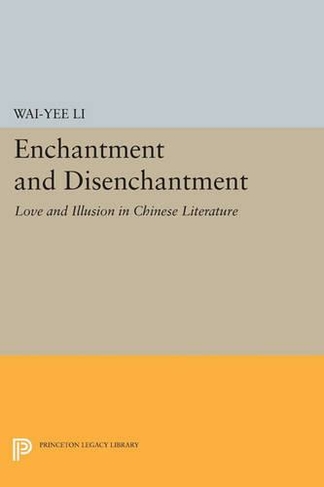 In a famous episode of the eighteenth-century masterpiece The Dream of the Red Chamber, the goddess Disenchantment introduces the hero, Pao-yu, to the splendors and dangers of the Illusory Realm of Great Void. The goddess, one of the divine women in Chinese literature who inspire contradictory impulses of attachment and detachment, tells Pao-yu that the purpose of his dream visit is "disenchantment through enchantment," or "enlightenment through love." Examining a range of genres from different periods, Wai-yee Li reveals the persistence of the dialectic embodied by the goddess: while illusion originates in love and desire, it is only through love and desire that illusion can be transcended. Li begins by defining the context of these issues through the study of an entire poetic tradition, placing special emphasis on the role of language and of the feminine element. Then, focusing on the "dream plays" by T'ang Hsien-tsu, she turns to the late Ming, an age which discovers radical subjectivity, and goes on to explore a seventeenth-century collection of classical tales, Records of the Strange from the Liao-chai Studio by P'u Sung-ling. The latter half of the book is devoted to a thorough analysis of The Dream of the Red Chamber, the most profound treatment of the dialectic of enchantment and disenchantment, love and enlightenment, illusion and reality. Originally published in 1993. The Princeton Legacy Library uses the latest print-on-demand technology to again make available previously out-of-print books from the distinguished backlist of Princeton University Press. These editions preserve the original texts of these important books while presenting them in durable paperback and hardcover editions. The goal of the Princeton Legacy Library is to vastly increase access to the rich scholarly heritage found in the thousands of books published by Princeton University Press since its founding in 1905.