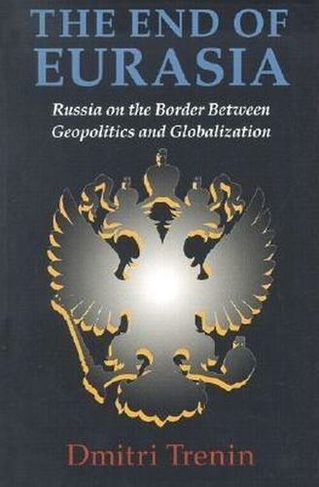 End of Eurasia: Russia on the Border Between Geopolitics and Globalization

Ten years after the breakup of the Soviet Union, the issue of Russia's international identity still remains largely unresolved. In this thought-provoking book, Dmitri Trenin argues that Russia must join the West by becoming integrated with the European Union and by building an alliance with the United States. He delineates the political, economic, demographic, religious, and strategic challenges that Russia faces in relation to neighboring countries -in Eastern Europe, along the Baltic Sea, around the Caspian Sea, in Central Asia, and in the Far East. Trenin suggests that Russia's time as the region's dominant leader is over, and that Russia and Eurasia will no longer share the same geopolitical objectives.

Dmitri V. Trenin is deputy director of the Carnegie Moscow Center, Russia, a senior associate of the Carnegie Endowment, and chair of the Moscow Center's Foreign and Security Policy Program, Russia. He has been with the Center since its inception in 1993. He is author of Russia's Restless Frontier: The Chechnya Factor in Post-Soviet Russia (with Aleksei V. Malashenko, 2004) and The End of Eurasia: Russia on the Border Between Geopolitics and Globalization (2002), both published by the Carnegie Endowment.