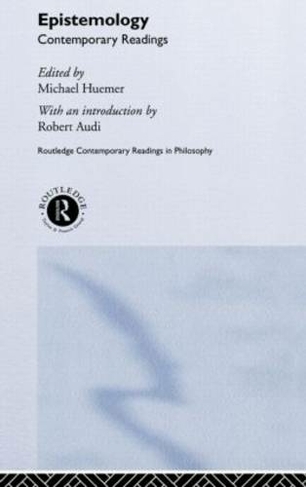 Michael Huemer is Assistant Professor of Philosophy at the University of Colorado, Boulder. He is the author of Skepticism and the Veil of Perception (Rowman & Littlefield, 2001).Robert Audi is Professor of Philosophy at Lincoln University, Nebraska. He is regarded as one of the top experts in epistemology. His numerous previous publications include Epistemology: A Contemporary Introduction (Routledge 1998), Practical Reasoning (Routledge, 1996), Moral Knowledge and Moral Character (OUP, 1997). He is also editor of the Cambridge Dictionary of Philosophy (CUP, 1999).