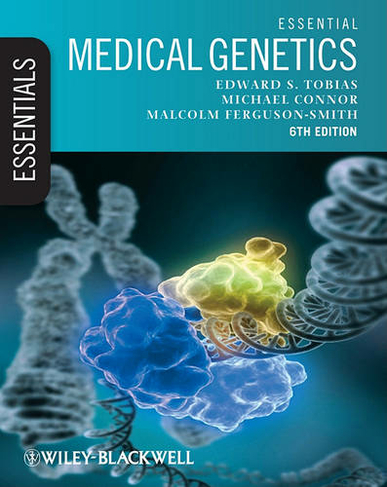 Also available on eBook for £37.99. Click here to purchase from Rakuten Kobo

Adopted at Cambridge University Essential Medical Genetics provides students, clinicians, counsellors and scientists with the up-to-date information they need regarding the basic principles underlying medical genetics. It also provides guidance on how to apply current knowledge in clinical contexts, covering a wide variety of topics: from genome structure and function to mutations, screening and risk assessment for inherited disorders. This sixth edition has been substantially updated to include, for instance, the latest information on the Human Genome Project as well as several new molecular genetic and chromosome analysis techniques. In full colour throughout, it includes a number of brand new features, including: a large number of self-assessment questions; 'Essentials' chapter summaries; further reading suggestions; and case study scenarios introducing clinical situations. An invaluable new section gives illustrated practical advice regarding how to choose the best available online genetic databases and also, importantly, how to most easily and most efficiently use them, for a wide range of purposes. Essential Medical Genetics is the perfect resource for a course on medical genetics, and is now accompanied by a regularly updated website and the FREE enhanced Wiley Desktop Edition (upon purchase of the book). The companion website at www.wiley.com/go/tobias features figures from the book in PowerPoint format and a link to the authors' website with regularly updated links to genetic databases and additional self-test questions.