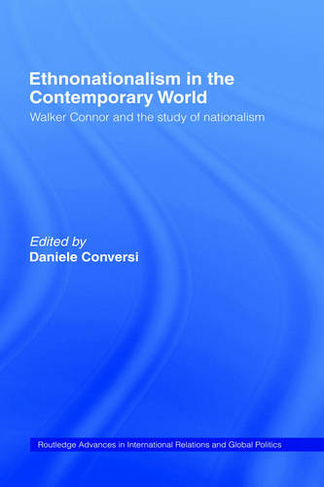 In Ethnonationalism in the Contemporary World, world-renowned scholars employ various aspects of Connor's work to explicate the recent upsurge of nationalism on a global scale. In keeping with the growing awareness that the study of ethnonationalism requires an interdisciplinary approach, the contributors represent a number of academic disciplines, including anthropology, geography, history, linguistics, social psychology, sociology and world politics. The book discusses issues such as identity, ethnicity and nationalism, primordialism, social constructionism, ethnic conflict, separatism and federalism. It also features case studies on the Basque country, South Africa and Canada.

Daniele Conversi received his PhD at the London School of Economics. He taught at the Government and History Deptartments at Cornell and Syracuse Universities, as well as at the Central European University, Budapest. His book,The Basques, the Catalans, and Spain(1997) has been acclaimed by political scientists, historians, anthropologists and sociologists alike, and has been positively reviewed in nearly forty international journals. His second bookThe disintegration of Yugoslavia(2000) has recently been translated into Catalan. Daniele Conversi is currently working on a larger volume on Theories of Nationalism