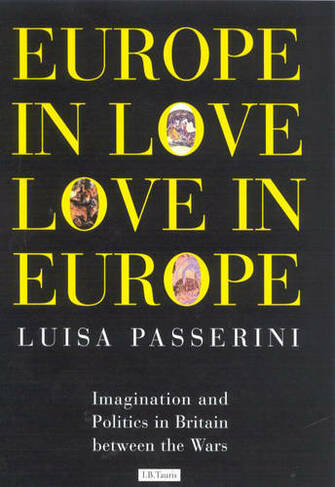 Europe in Love, Love in Europe Imagination and Politics in Britain Between the Wars

Combining the history of ideas and the history of emotions, this work explores the convergence between political and cultural ideas of Europe and the idea of love in the period between the two world wars. It investigates European unity from a political viewpoint, but also from cultural and symbolic ones, taking a critical stand towards Euro-centricism. Chapters focus on single texts, including bestselling novels, and artworks reviving the myth of Europa and the bull, set in the context of debates on marriage, sex and love in the western world. These alternate with chapters combining intellectual and cultural history with critical explorations of how historians, politicians and psychologists analyzed the crisis of European civilization. b&w illustrations