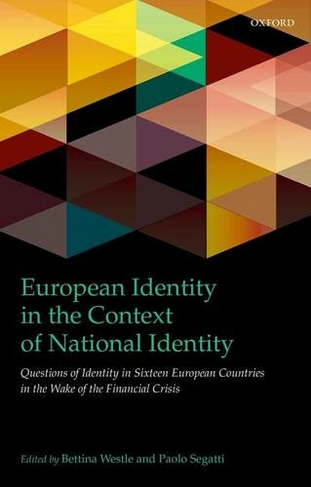 European Identity in the Context of National Identity: Questions of Identity in Sixteen European Countries in the Wake of the Financial Crisis (IntUne)

In the age of grand recession, nationalism seems to have returned to Europe. In every EU country, many citizens are unhappy with the perceived intrusion of 'Europe' in their way-of-life. Any idea of a genuine pan-European identity seems to be in retreat. This book provides an unprecedented insight into the multiple ways through which citizens of 16 countries connect their own national identity to European identity. The book's theoretical claim is that European identity, as well as national identity, should be empirically assessed taking into account its multi-dimensionality. The volume's contributors suggest that European identity was always unlikely to be a source of political integration and political legitimacy in the way national identities have been in the past and are today. Europeans' primary identity is national rather than supranational. Mutual trust between European peoples exists, but is somewhat fragile. Yet, European identity is intertwined with national identities in manifold ways. The 'imagined communities' at the national and European level show strong similarities - criteria for being a European are strongly associated with the criteria used to define who national belonging. These complex links also manifest themselves in citizen's feelings of interdependence between the nations in the European Union - which, the volume suggests, support the EU in the face of severe crises. The IntUne series is edited by Maurizio Cotta (University of Siena) and Pierangelo Isernia (University of Siena). The INTUNE Project - Integrated and United: A Quest for Citizenship in an Ever Closer Europe - is one of the most recent and ambitious research attempts to empirically study how citizenship is changing in Europe. The book series is organized around the two main axes of the project, to report how the issues of identity, representation and standards of good governance are constructed and reconstructed at the elite and citizen levels, and how mass-elite interactions affect the ability of elites to shape identity, representation and the scope of governance. A first set of four books examines how identity, scope of governance and representation have been changing over time respectively at elites, media and public level. The next two books present cross-level analysis of European and national identity on the one hand and problems of national and European representation and scope of governance on the other, in doing so comparing data at both the mass and elite level. A concluding volume summarizes the main results, framing them in a wider theoretical context.