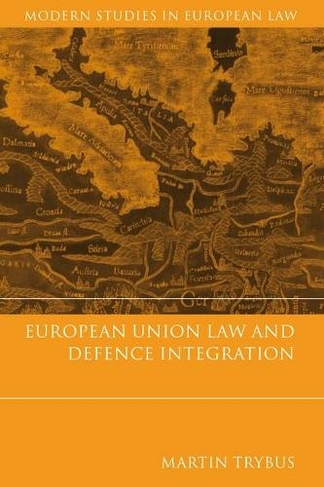 This monograph examines the legal dimension of European defence integration from the Second World War to the Treaty Establishing a Constitution for Europe. It covers the evolution of European defence and security law in its legal,historical, and political context. The notion of defence law describes the entire field of rules created to regulate the defence of a nation or alliance. The analysis leads from the earliest mutual defence treaties to the failure of the European Defence Community and the eventual separation of defence from the mainstream of European integration in the 1950s, further to the re-vitalisation of a European security policy in the Treaties of Maastricht, Amsterdam, and Nice. In the context of this evolutionary process, the book examines the function of Community Law as an instrument of European defence integration. Community law affects the economic and social aspects of the defence within the limits of the security exemptions of the EC Treaty. It has an impact on the composition of the armed forces, the procurement of armaments, or the regulation of the defence industries. The book concludes with an analysis of the Common Security and Defence Policy of the Constitutional Treaty agreed by the European Council in 2004. The discussion shows that European defence integration is characterised by fragmentation in an area where coherence is particularly important. First, defence and security are addressed in several organisations: the EU, the Western European Union, NATO, the Organisation for Security and Cooperation in Europe, and the Organisation for Joint Armaments Cooperation. Second, defence and security are addressed in both the supranational Community Pillar and the intergovernmental Second Pillar of the Treaty on European Union. The new Constitutional Treaty aims to overcome the three-Pillar structure of the Union. Nevertheless, it leaves the intergovernmental character of the security and defence policy intact and introduces flexible frameworks for its mutual defence, crisis management, and armaments components. However, the Union needs a coherent defence policy to ensure her security and to speak with one voice on the international scene.

Martin Trybus is a Lecturer in Law at the University of Birmingham School of Law.