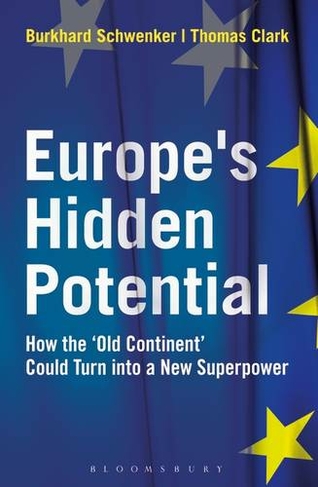 Sandwiched between the US - the sole superpower at the turn of the millennium - and China as the expected next superpower, Europe is rarely discussed as a potential dealer of the 21st century. At best, it is seen as an able follower of trends set by others. At worst, it is regarded as a relic; a kind of vast open-air museum with a rich culture and good food, immersed in a glorious past with limited prospects. Europe's Hidden Potential explores how an 'overlooked and underrated' continent can harness its potential to positively shape the global and economic future. As the world is looking for an alternative leader, this book shows how Europe can - and ought to - lead the way once more.

Prof. Burkhard Schwenker is the Chairman of Roland Berger Strategy Consultants (www.rolandberger.com), where he was elected partner in 1992 and served as CEO between 2003 and 2010. He is active in numerous associations, teaches strategic management at the Leipzig Graduate School of Management (HHL) and co-founded the Roland Berger School of Strategy and Economics (RBSE) in 2012. Burkhard studied business administration and mathematics. He is married, has three children and lives in Hamburg.Thomas Clark is the founder of the communications and consulting firm, Ambo Media (www.ambomedia.com). In 2007 he launched enable2start (www.enable2start.de) which turned into Germany's biggest start-up initiative. Previously, he worked at the Austrian Houses of Parliament, the International Labor Office, the European Commission, BBC World Service, and the Financial Times Deutschland. Thomas studied law and journalism. He is married, has two children and lives in Hamburg and Marrakesh.