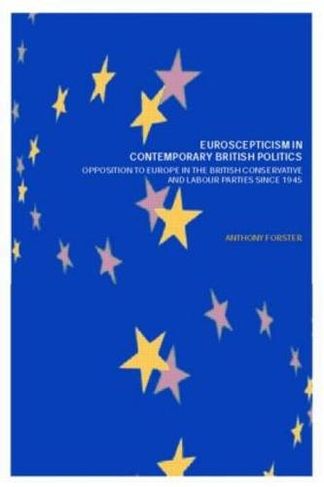 Anthony Forster argues that euroscepticism, in addition to being a political stance, displays the seeds of becoming a new faith. Through a detailed analysis of British post-war politics, he shows the development of a core set of beliefs, a history of persecution, displays of moral rectitude in opposing Europe and the power of scepticism to change existing beliefs. This challenging new history of euroscepticism will be a valuable resource for undergraduate students of politics and European studies.

Anthony Forster is Director of Research at the Defence Studies Department, King's College London. Since 1997 he has been Professor Invite at the Institut Superieur des affaires de defense, Universite Pantheon Assas (Universite Paris II). He is the author of Britain and Maastricht Negotiations (Palgrave: 1999); and The Making of Britain's European Foreign Policy (Longman: 2001) with Alasdair Blair.