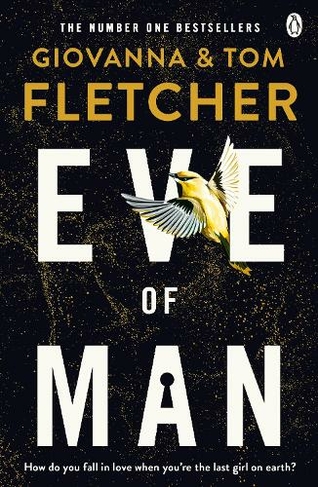 By Tom Fletcher (Author), Giovanna Fletcher (Author)
Paperback
£7.37 rrp £8.99 Save £1.62 (18%)
GBP
Availability
In Stock
Free Delivery Available When You Spend £15 Or More
Details
Spend £15 On Products To Receive Free Standard Delivery To Your Home Or Free Next Day Click and Collect To Stores

THE FIRST BOOK IN A BRAND-NEW TRILOGY BY BESTSELLING AUTHORS GIOVANNA AND TOM FLETCHER Fans of The Hunger Games, Divergent and The Handmaid's Tale will love this electrifying dystopian love story. _________ Against all odds, she survived. The first girl born in fifty years. They called her Eve. Eve lives alone in the Tower under the strict gaze of the Mothers. She is prized and protected, because she is the last girl on earth. Eve has always understood that the survival of the human race is in her hands. Now she's sixteen, and three males have been selected. Eve knows it's time to face her fate. Until she meets Bram. Eve sees a chance for something she never thought could be hers. But how do you choose between love and the future of humanity? _________ 'One of the big books of the year. You'd be a fool to miss it' Heat 'A compelling read' Mail on Sunday

Tom Fletcher (Author) Tom Fletcher is a number one bestseller and one of the UK's most popular children's authors. The Christmasaurus was the biggest debut middle-grade novel of 2016 and was shortlisted for a British Book Award, since then Tom has published several more chart-topping children's novels including The Creakers, The Christmasaurus and the Winter Witch and the instant number one bestseller The Danger Gang. Tom also writes the incredibly successful Who's in Your Book? picture book series, and is one half of the author duo behind the Dinosaur that Pooped picture book series too, which has sold over 1.5 million copies. For older readers, Tom co-authors the Eve of Man series with his wife Giovanna Fletcher. Tom's books have been translated into thirty-three languages and to date he has sold over 2.5 million copies of his books in the UK alone. He is also a music-making, song-writing, guitar-playing, Guinness World Record-holding, nappy changing, galaxy-defending dad!Giovanna Fletcher (Author) Giovanna Fletcher is a wife, mother, podcast creator and no. 1 bestselling author.With 11 titles under her belt so far, she is one of the UK's most successful women's fiction authors; she has also written two non-fiction works focusing on parenting and motherhood. Her podcast 'Happy Mum, Happy Baby' has over 7 million downloads to date and has featured a range of celebrity guests, including the Duchess of Cambridge.Giovanna is an ambassador for The Prince's Trust, a patron for CoppaFeel!, and she also works closely with Tommy's and Save the Children.