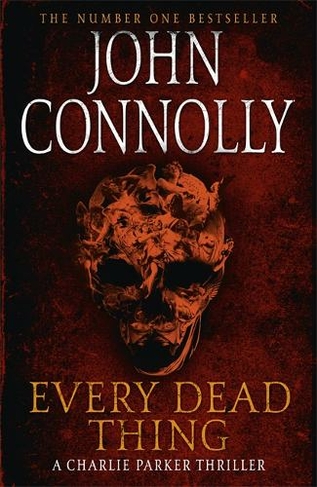 By John Connolly (Author)
Paperback
https://www.whsmith.co.uk/products/every-dead-thing-a-charlie-parker-thriller-1/john-connolly/paperback/9781444704686-12-000.html £7.37 rrp £8.99 Save £1.62 (18%)
GBP
Availability
In Stock
Free Delivery Available When You Spend £15 Or More
Details
Spend £15 On Eligible Products To Recieve Free Standard Delivery To You Home Or Free Next Working Day Click And Collect To Store
Share

The gripping first Charlie Parker novel from bestselling author John Connolly - perfect for fans of Stephen King and Jeffery Deaver. Tormented and racked with guilt over the brutal slaying of his wife and daughter, Charlie Parker, ex-cop with the NYPD, agrees to track down a missing girl. It is a search that will lead him into an abyss of evil. At the same time, he is warned by an old black woman in Louisiana that 'The Travelling Man' is about to strike again. Multiple strands converge with a horrific confrontation in which hunter and hunted are intimately connected by guilt.

John Connolly is author of the Charlie Parker mysteries, The Book of Lost Things, the Samuel Johnson novels for young adults and, with his partner, Jennifer Ridyard, co-author of the Chronicles of the Invaders. John Connolly's debut - EVERY DEAD THING - introduced the character of Private Investigator Charlie Parker, and swiftly launched him right into the front rank of thriller writers. All his subsequent novels have been Sunday Times bestsellers. He was the winner of the 2016 CWA Short Story Dagger for On the Anatomization of an Unknown Man (1637) by Frans Mier from NIGHT MUSIC: Nocturnes Vol 2.In 2007 he was awarded the Irish Post Award for Literature. He was the first non-American writer to win the US Shamus award and the first Irish writer to win an Edgar award. BOOKS TO DIE FOR, which he edited with Declan Burke, was the winner of the 2013 Anthony, Agatha and Macavity awards for Best Non-Fiction work.