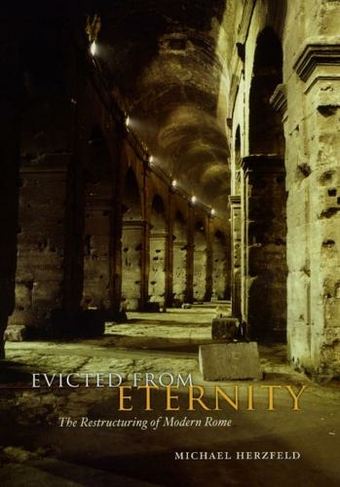 Evicted from Eternity The Restructuring of Modern Rome

Modern Rome is a city rife with contradictions. Once the seat of ancient glory, it is now often the object of national contempt. It plays a significant part on the world stage, but the concerns of its residents are often deeply parochial. And while they live in the seat of a world religion, Romans can be vehemently anticlerical. These tensions between the past and the present, the global and the local, make Rome fertile ground for studying urban social life, the construction of the past, the role of religion in daily life, and how a capital city relates to the rest of the nation. Michael Herzfeld here focuses on Rome's historic Monti district and the wrenching dislocation caused by rapid economic, political, and social change. "Evicted from Eternity" tells the story of the gentrification of Monti - once the architecturally stunning home of a community of artisans and shopkeepers now displaced by an invasion of rapacious real estate speculators, corrupt officials, dithering politicians, deceptive clerics, and shady thugs. As Herzfeld picks apart the messy story of Monti's transformation, he ranges widely over many aspects of life there and in the rest of the city, richly depicting the uniquely local landscape of globalization in Rome. 6 halftones, 1 map

Michael Herzfeld is professor of anthropology at Harvard University and the author of nine previous books, including, most recently, The Body Impolitic: Artisans and Artifice in the Global Hierarchy of Value, also published by the University of Chicago Press.