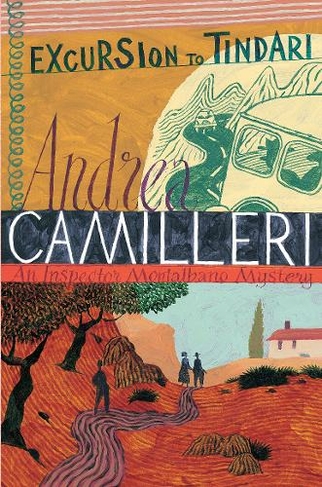 By Andrea Camilleri (Author)
Paperback
https://www.whsmith.co.uk/products/excursion-to-tindari/paperback/9780330493031-12-000.html £7.37 rrp £8.99 Save £1.62 (18%)
GBP
Availability
In Stock
Free Delivery Available When You Spend £25 Or More
Details
Spend £25 On Products To Receive Free Standard Delivery To Your Home Or Free Next Working Day Click And Collect To Store

The fifth in Andrea Camilleri's hit Italian crime series, Excursion to Tindari is another darkly comic detective story featuring Inspector Montalbano. Maybe a phrase, a line, a hint somewhere would reveal a reason, any reason, for the elderly couple's disappearance . . . A young Don Juan is found murdered in front of his apartment building early one morning, and an elderly couple is reported missing after an excursion to the ancient site of Tindari - two seemingly unrelated cases for Inspector Montalbano to solve amid the daily complications of life at Vigata police headquarters. But when Montalbano discovers that the couple and the murdered young man lived in the same building, his investigation stumbles onto Sicily's brutal 'New Mafia', which leads him down a path more evil and more far-reaching than any he has been down before. Excursion to Tindari is followed by the sixth novel in the Inspector Montalbano series, The Scent of the Night.

Andrea Camilleri was one of Italy's most famous contemporary writers. The Inspector Montalbano series, which has sold over sixty-five million copies worldwide, has been translated into thirty-two languages and was adapted for Italian television, screened on BBC4. The Potter's Field, the thirteenth book in the series, was awarded the Crime Writers' Association's International Dagger for the best crime novel translated into English. In addition to his phenomenally successful Inspector Montalbano series, he was also the author of the historical comic mysteries Hunting Season and The Brewer of Preston. He died in Rome in July 2019.