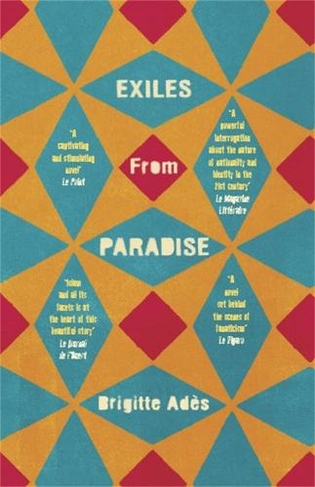 Through the friendship of two young Franco-Iranians, Exiles from Paradise delves deep into the great conflict between enlightened Islam and fanaticism. Despite their academic achievements, Farhad and his circle of friends feel estranged from Paris, the city they grew up in, as they face prejudice from prospective employers and rejection for their Islamic culture. Searching for his roots, Farhad travels to Iran where he discovers that his ancestors fought the Assassins, the first terrorists in history. Encouraged by this glorious past and in a quest to track down a long-lost heirloom, the rare Alamut stone, Farhad follows the trail to London. His closest friend Reza is working for an Islamic charity in London, but his behaviour is becoming increasingly withdrawn, prompting fears of radicalisation. Farhad's courageous response is a hymn to bravery and ancestral values. First published in France to critical acclaim, Exiles from Paradise is a thought-provoking novel about discrimination, heritage and belonging. Brigitte Ades' captivating novel is a celebration of Iranian culture, community and connection, as well as a powerful interrogation of the nature of nationality and identity in the 21st century.

Brigitte Ades is a writer, journalist, and the UK Bureau Chief of the foreign affairs journal Politique Internationale. She has published in-depth interviews with political and economic leaders such as Margaret Thatcher, Mikhail Gorbachev, David Cameron and Tony Blair, as well as writers including Graham Greene and Arthur Miller. She also writes for Le Point, Le Figaro and the New York Times International Edition, amongst other publications.Brigitte lives between London and Paris. Exiles from Paradise is her first novel.