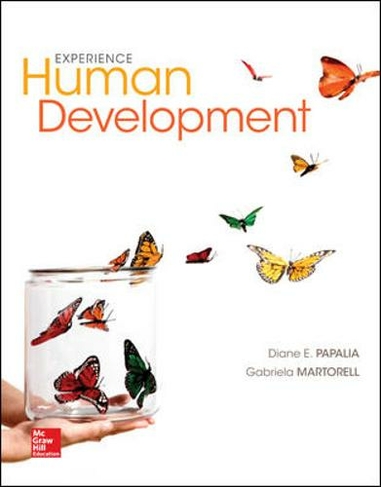 As a professor, Diane E. Papalia has taught thousands of undergraduates at the University of Wisconsin-Madison. She received her bachelors degree, majoring in psychology, from Vassar College and both her masters degree in child development and family relations and her Ph.D. in life-span developmental psychology from West Virginia University. She has published numerous articles in such professional journals as Human Development, International Journal of Aging and Human Development, Sex Roles, Journal of Experimental Child Psychology and Journal of Gerontology. Most of these papers have dealt with her major research focus, cognitive development from childhood through old age. Ruth Duskin Feldman is an award-winning writer and educator. With Diane E. Papalia and Sally Wendkos Olds, she coauthored the fourth and the seventh through the twelfth editions of Human Development and the eighth through the twelfth editions of A Child's World. She also is coauthor, with Dr. Papalia, Harvey Sterns and Cameron J. Camp, of Adult Development and Aging. A former teacher, she has developed educational materials for all levels from elementary school through college and has prepared ancillaries to accompany the Papalia-Olds books. She is author or coauthor of four books addressed to general readers, including Whatever Happened to the Quiz Kids? Perils and Profits of Growing Up Gifted. She has written for numerous newspapers and magazines and has lectured extensively and made national and local media appearances throughout the United States on education and gifted children. She received her bachelor's degree from Northwestern University, where she was graduated with highest distinction and was elected to Phi Beta Kappa. Gabriela Alicia Martorell was born in Seattle, Washington, but moved as a toddler to Guatemala. At eight, she returned to the United States and lived in Northern California until leaving for her undergraduate training at the University of California, Davis. After obtaining her B.S. in Psychology, she earned her Ph.D. in Developmental and Evolutionary Psychology with an interdisciplinary emphasis in Human Development from the University of California, Santa Barbara. She now works as a Full Professor of Psychology at Virginia Wesleyan University and serves as the chair of the Institutional Review Board. Gabi maintains an active teaching schedule and teaches courses in Introductory Psychology, Lifespan Human Development, Infant Development, Child Development, Adolescent Development, Culture and Development, Evolutionary Psychology, Research Methods, Original Research Project and Capstone community-based learning courses in Early Childhood Education and Adulthood and Aging. She is committed to teaching, mentoring, and advising. She recently concluded a 5-year longitudinal National Science Foundation grant focused on the retention of higher education students from traditionally underrepresented groups in science, technology, engineering, and math. She is also a volunteer trainer for Court Appointed Special Advocates, and a group fitness instructor for the YMCA of South Hampton Roads.