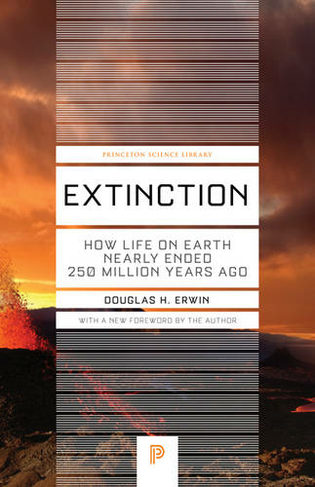 Some 250 million years ago, the earth suffered the greatest biological crisis in its history. Around 95 percent of all living species died out--a global catastrophe far greater than the dinosaurs' demise 185 million years later. How this happened remains a mystery. But there are many competing theories. Some blame huge volcanic eruptions that covered an area as large as the continental United States; others argue for sudden changes in ocean levels and chemistry, including burps of methane gas; and still others cite the impact of an extraterrestrial object, similar to what caused the dinosaurs' extinction. Extinction is a paleontological mystery story. Here, the world's foremost authority on the subject provides a fascinating overview of the evidence for and against a whole host of hypotheses concerning this cataclysmic event that unfolded at the end of the Permian. After setting the scene, Erwin introduces the suite of possible perpetrators and the types of evidence paleontologists seek. He then unveils the actual evidence--moving from China, where much of the best evidence is found; to a look at extinction in the oceans; to the extraordinary fossil animals of the Karoo Desert of South Africa. Erwin reviews the evidence for each of the hypotheses before presenting his own view of what happened. Although full recovery took tens of millions of years, this most massive of mass extinctions was a powerful creative force, setting the stage for the development of the world as we know it today. In a new preface, Douglas Erwin assesses developments in the field since the book's initial publication. 32 halftones. 32 line illus.

Douglas H. Erwin is senior scientist and curator in the Department of Paleobiology at the Smithsonian's National Museum of Natural History. He began researching the end-Permian mass extinction in the early 1980s and has traveled many times to China, South Africa, and Europe seeking its causes.