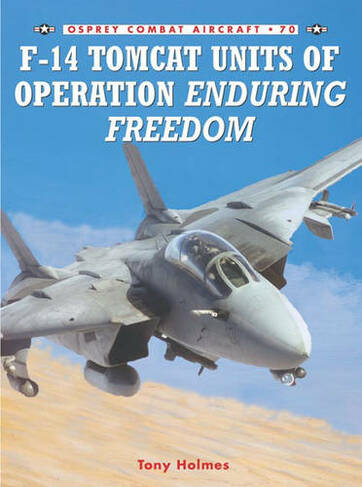 The legendary F-14 Tomcat was the weapon of choice to strike hard and fast against the enemies of the United States in the wake of the September 11 attacks, with F-14s flying thousands of bombing missions on Al-Quaeda and Taliban positions. This book explores the F-14 pilots and aircraft involved in Operation Enduring Freedom, with insights into the tactical approach and strategic aims provided by senior officers who have uniquely agreed to contribute to this history. Exclusive access to mission reports, combat diaries, full-colour artwork and photographs from the author's collection reveal the battle experiences of the most famous modern fast jet. Illustrations (chiefly col.)

Tony Holmes has worked as Osprey's aerospace editor since 1989, having previously served as an author/photographer for this publishing house in Australasia. He established the critically acclaimed and hugely popular Aircraft of the Aces series in 1994. He has written a number of ground-breaking books on the conflict in the Gulf. The author lives in Kent, UK.