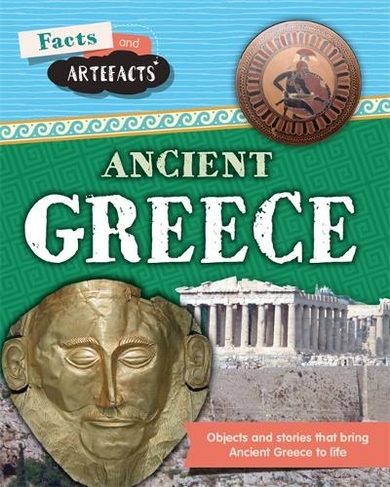 By Tim Cooke (Author)
Hardback
https://www.whsmith.co.uk/products/facts-and-artefacts-ancient-greece/tim-cooke/hardback/9781445161655-12-000.html £11.95 rrp £12.99 Save £1.04 (8%)
GBP
Availability
In Stock
Free Delivery Available When You Spend £25 Or More
Details
Spend £25 on eligible products to receive free standard delivery to home or free next working day click and collect to store
Share

The ancient Greeks were skilled builders, artists and inventors, and one of the best ways to discover how they lived is by studying the artefacts they made. Just as ancient objects enable us to step back into the world of the people who made them, the stories people told can reveal what they thought about their world. This book combines facts about the ancient Greeks with photographs of the artefacts they left behind and the stories they shared with each other to present a full picture of life at the time.

Tim Cooke is a graduate of Oxford University. He has worked in children's publishing for over 20 years, and has written or contributed to dozens of books on a wide range of subjects. Among his publications as writer or editor are numerous sets about military history, particularly the American Revolution, the Civil War, World Wars I and II, and the Vietnam War. He has also written extensively about general history, both ancient and modern.