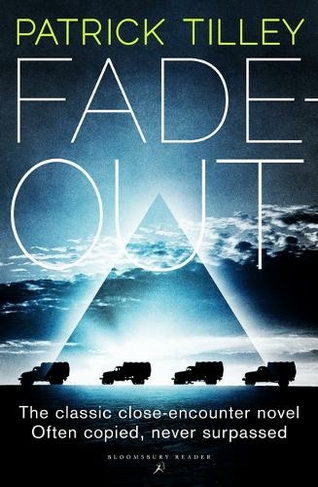 'Tense ... fascinating' Sunday Times When an object of undeniably extra-terrestrial origin appears, the world is thrown into panic. Is this alien race harmless or a danger to humanity? Nine weeks later, civilization is on the edge of a total breakdown more devastating than any nuclear war or natural disaster. Patrick Tilley, author of bestselling science fiction series The Amtrak Wars, creates in Fade-Out a chilling thriller of humanity's first contact with advanced alien intelligence; a high tension tour-de-force that will stay with you long after you have turned the last page. 'Tension builds and builds, up to an astonishing climax' Daily Mirror

Patrick Tilley was born in Essex in 1928, but spent his formative years in the border counties of Northumbria and Cumbria. After studying art at King's College, University of Durham, he came to London in 1955 and rapidly established himself as one of Britain's leading graphic designers. He began writing part-time in 1959.In 1968 he gave up design altogether in favour of a new career as a film scriptwriter. Work on several major British-based productions was followed by writing assignments in New York and Hollywood. His books have been translated into several languages, and have achieved cult-novel status.